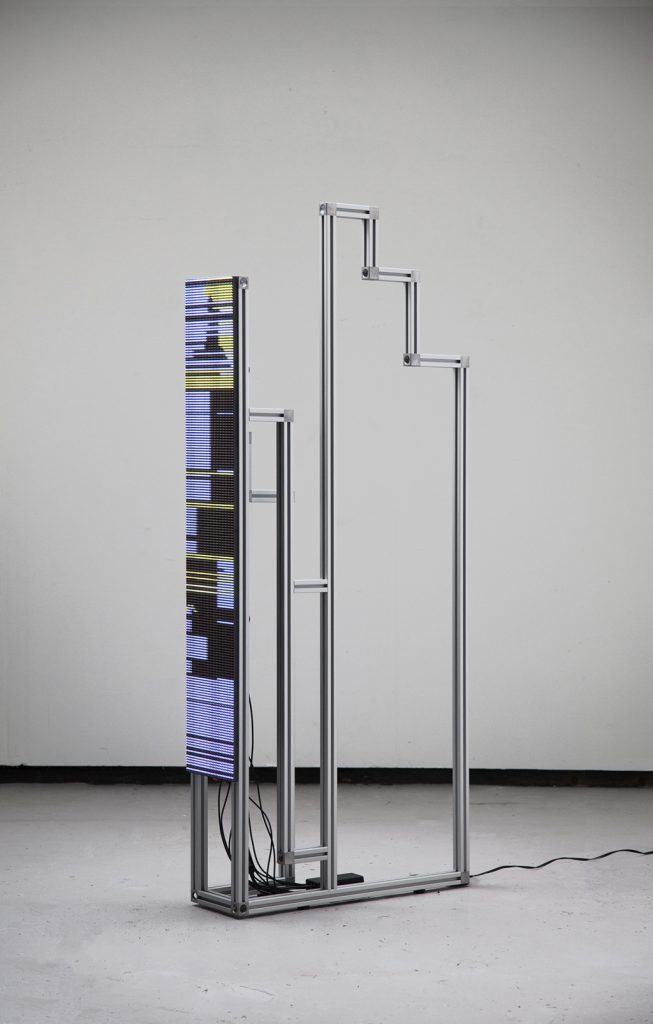 The sculpture is modelled around the flashcrash that hit Facebook on the 26th of July 2017.
A flashcrash is an ultrafast anomaly which mysteriously affects the shares of a company on a given financial market, leading to losses and recoveries of billions of dollars in seconds.
This particular one happened as the result of wrong documents published by Facebook on-line.

The documents were read by algorithms and passed over to other algorithms that trade on behalf of humans in a fully automatic process, during which Facebook and its investors lost millions in just fractions of seconds.
The sculpture, which focuses on our society having become dependant on the same technology we have created and can no longer fully understand, features a video running on LED matrices, displaying a data visualisation of the news published on the day of the crash. 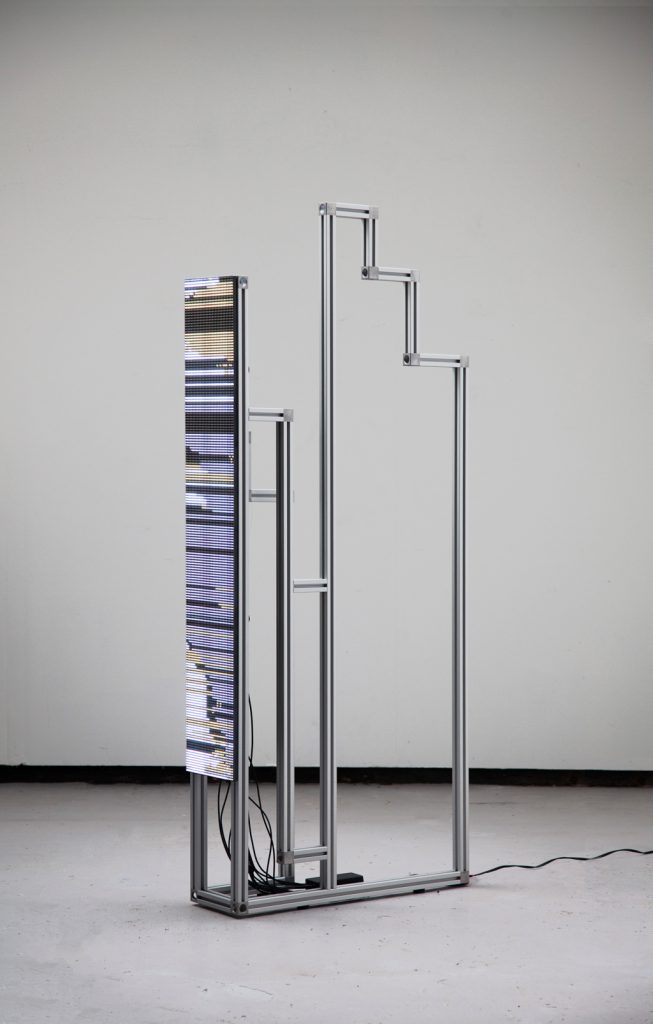